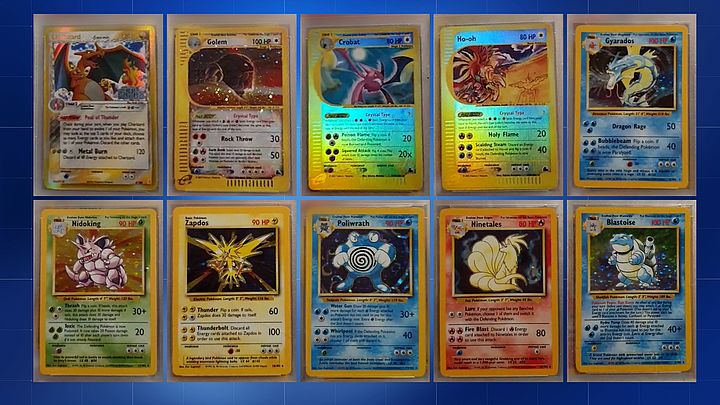 A stolen collection of Pokémon cards is allegedly being traded on markets in France, according to information released by Dutch police on the television program Opsporing Gezocht earlier this week. Dutch police have asked for public assistance in reporting possible sales of the stolen cards. According to French Pokémon fans who have been in contact with the Dutch police, the cards were apparently sold to buyers in Paris at the beginning of this year, and have continued to circulate on French markets since then.

The cards were originally stolen from their owner, a private collector from Kronkelwilg in Kampen, in a private sale turned robbery on December 16th last year. The thieves, pretending to be potential buyers, assaulted the collector and locked him in a cupboard before hightailing it with the cards.

Though the full set of cards stolen does not appear to have been publicly announced, the collection of stolen cards apparently includes a selection of rare cards from the original WOTC-era Base Set and Skyridge expansions, as well as a Charizard δ from 2006's EX Crystal Guardians expansion. The collector had expected to sell the cards for as much as €1,000 each, a value that reflects the excessive inflation in prices for Pokémon cards over the course of the continuing COVID-19 pandemic.

Chevywolf30 Apr 15, 2021
I'm glad I got into the TCG last year before they got so popular and had time to build up a decent collection, because man are they hard to find.

Kerflyn Chan Apr 20, 2021
I can n e v e r find any booster packs anymore? I wonder why they are physically no where now.
Reactions: Chevywolf30
Join the discussion on the Forum (Requires registration)
The Original Pokémon Wiki
40,000+ pages
over 3 million edits
Browse now
Community